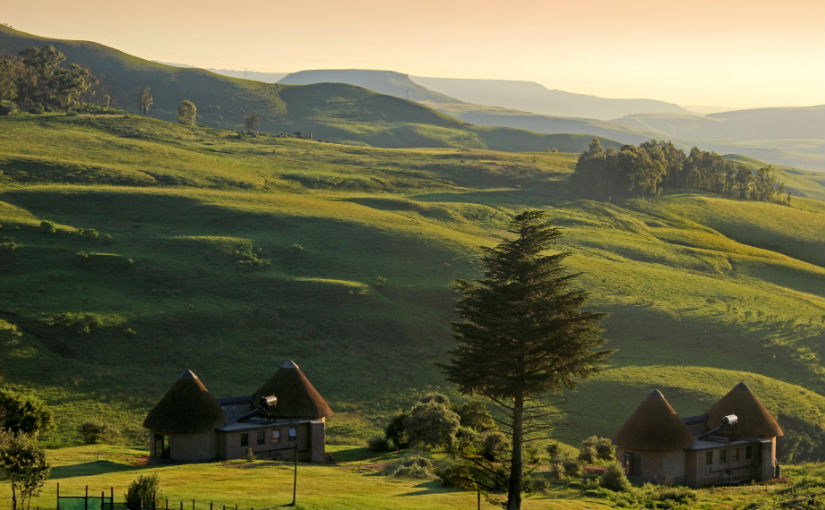 The high treeless peaks of the Drakensberg (from 2,500 m upwards) have been described by the World Wildlife Fund as the Drakensberg alti-montane grasslands and woodlands ecoregion. These steep slopes are the most southerly high mountains in Africa, and being further from the equator provide cooler habitats at lower elevations than most mountain ranges on the continent. The high rainfall generates many mountain streams and rivers, including the sources of the Orange River, southern Africa’s longest, and the Tugela River. These mountains also have the world’s second-highest series of waterfalls, the Tugela Falls (Thukela Falls), which have a total drop of 947 metres. The rivers that run from the Drakensberg are an essential resource for South Africa’s economy, providing water for the industrial provinces of Mpumalanga and Gauteng, which contains the city of Johannesburg. The climate is wet and cool at the high altitudes, which experience snowfall in winter.

Meanwhile the grassy lower slopes (from 1,800 to 2,500 m) of the Drakensberg in Swaziland, South Africa and Lesotho constitute the Drakensberg Montane Grassland, Woodland, and Forest.